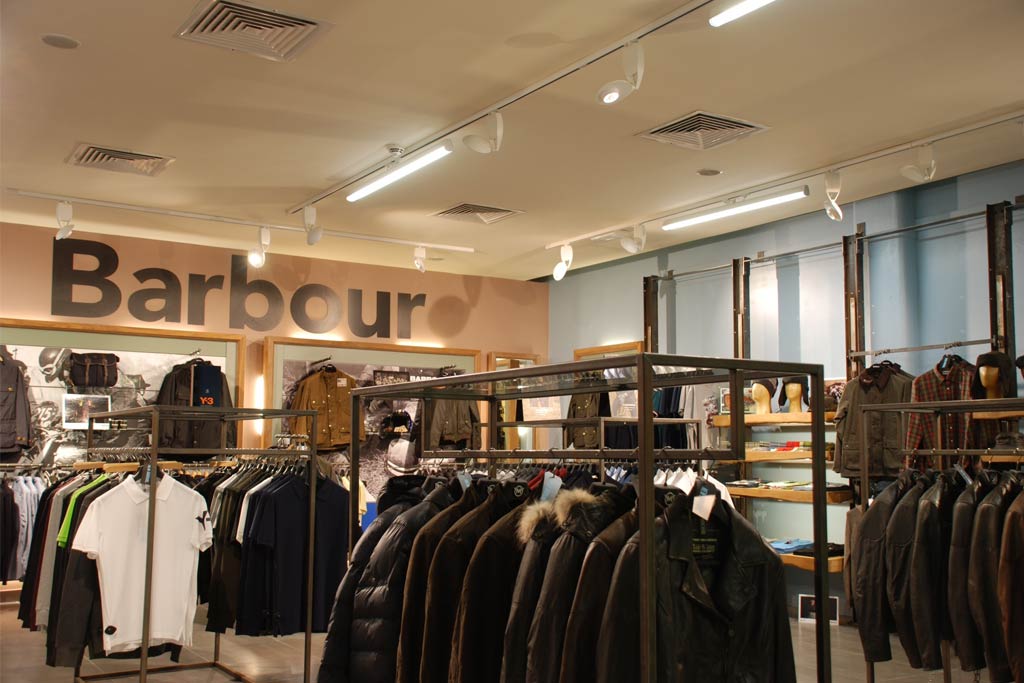 Steon Lighting supplied products to Aspecto in 1986, when they opened their first store. Almost three decades later we were thrilled to design a lighting scheme for the retail space of Aspecto’s new flagship Glasgow store, having successfully completed lighting schemes at many of their other stores since 1986. Aspecto, a premium casual fashion independent retailer by its own definition, is a stockist to a host of upmarket designer labels including Barbour, Paul Smith and Adidas Original appealing to the style-conscious consumer.

The project required Steon Lighting to design not just the display lighting, but the store’s general lighting as well. The display lighting needed to complement the products in store and do them justice. The luminaires also needed to be of a stylish contemporary aesthetic in the interest contributing to the way in which this space conveys Aspecto’s brand image.

Steon Lighting worked very closely with Aspecto as the installation needed to be flexible and work in accordance with changing store layouts. We conducted a site survey as we needed to understand the location, mood and ambiance of the store as well as the finishes and materials used in order to produce the optimum design.

Enticing shoppers into the space was an integral part of the project. We wanted to make the entrance to the store bright and airy and ensure that the transition coming from daylight into the internal space was comfortable to the eye. We did not want to illuminate the shop windows to excess but they needed to catch the attention of shoppers to encourage footfall.

Steon Lighting singled out the Lido LED luminaire as it has a designer store look, complementing the store’s brand integrity. In addition to its sleek and stylish aesthetics, it offers a high sustained colour rendition, a high maintained lumen output, long service life as well as a low energy cost due to its high luminous efficiency. 58 Lido luminaires were installed in total on a tri-track system that highlighted the garments on display with good vertical illuminance. 25 Skyline T5 luminaires were used alongside the Lido on the tri-track system to provide general illumination within the store. The Skyline was selected for its operational flexibility as it is manoeuvrable and adjustable, rotating through two axes, its ease of installation as well as its lumen efficacy.

The combination of the lighting scheme and the store’s decor and layout made for an enticing retail environment. Drawing attention to displays whilst also being easy on the eye. Further, the application of the tri-track system means any future changes to the store’s layout can be accommodated by the customisable system in place.