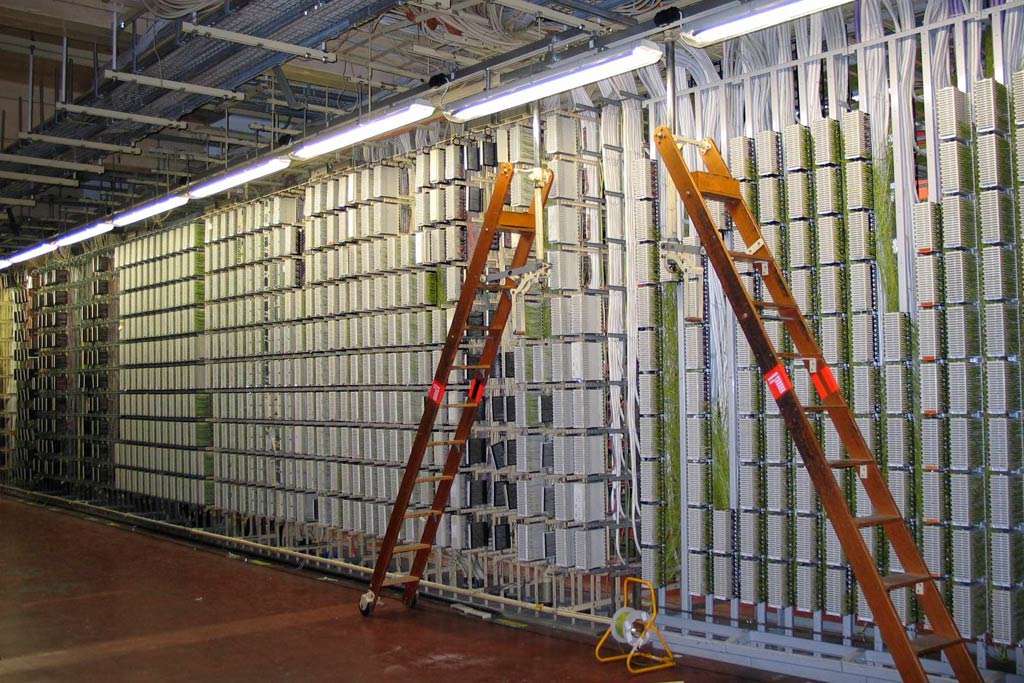 Steon Lighting has a long history working with blue chip companies to reduce their energy consumption and carbon footprint by providing energy efficient luminaires and controls. In 2010, BT admirably set themselves the initiative for reducing their carbon footprint by 80% by 2020, as a core objective of their ‘Better Future’ programme. In the interest of progressing towards this target BT contacted Steon Lighting, having been referred to us by their own contractors, Winters Electrical Contractors Ltd.

BT sought to significantly reduce the carbon footprint of their operations; as such they approached Steon Lighting to consult on options for upgrading the lighting schemes in more than 3000 telephone exchanges throughout the UK.

The Challenger LFL T5 luminaire was selected to provide specialised lighting because of its excellent photometric performance and energy efficiency. The Challenger LFL is a robust, IP65 enclosed, non-corrosive, twin T5 high efficiency fluorescent luminaire containing high frequency control gear. BT wanted to achieve 200 lux at the base of their main distribution frame (MDF) to optimise working conditions. The Challenger was specially modified for BT with a high output, polished, asymmetrical reflector providing 95% reflectivity and enhanced performance. The luminaire and its reflector ensured a strong, even light distribution across the work area without uncomfortable glare or shadowing. Lux levels at the base of their main distribution frame increased from 158 lux to 206 lux, this complied with BT’s specific workplace requirements.

The luminaires also featured integrated Manual Intelligent Controls with occupancy sensors on a master and slave configuration for greater operational efficiency. The control system ensures full light management and a high degree of user friendliness, switching the load on or off according to occupancy, using its built-in photocell to deliver the right amount of light at the right time. When presence is no longer detected in a work area, the luminaires were set to dim to 10% and then switch off completely after 15 minutes. Some of the luminaires supplied also contain 3 hour maintained emergency control gear.

Steon Lighting’s design team also advised on the lighting configuration, pointing out that fewer luminaires were required due to the higher lumen output achievable with the Challenger T5 and its uniform light distribution. This inevitably meant savings in both the operating cost and total system cost.

Following the smooth completion of the initial stage of the project, energy and carbon savings were confirmed by BT to be in excess of 70%. After meeting all of BT’s operational requirements, Steon Lighting supplied further luminaires as the upgrade was rolled out to other telephone exchanges throughout the country.

There is no doubt that BT should be applauded for their environmental management track record and sustainability credentials, Steon Lighting are proud to be associated with the company, helping them achieve their energy efficiency targets.